Your video here? See contact  possibilities in the menu.

SDR video from Finland: the red colour intensity of the bar  -in the video-  implies the fullness of  the  AM sound  (more than the signal strength).

Long audio recording;  about  16 min. from Al in Punxsutawney in Pennsylvania USA, astonishing good reception on frequency: 3920 AM short wave band, date: 09 Feb 2019 and time: 16.40 to 17.20 UTC . Recording made from own portable radio: Degen DE-1103.  Audio clear- and loudness seems to be important on long distance transmissions.  TX: Telefunken 2525/3. We did the same transmission again on the 10th of january,  1 week later.  Also than was reception possible  at about the same time at resonable levels in NZ.  There were each time no sunspots numbers  but quite low noise  levels.

A bit science:   long path, how does it work:

The long path runs the other way around the globe.  Starting from The Netherlands, along the Azores, Atlantic Ocean northern Brazil, Peru,  over the Pacific Ocean to  finally New Zealand.  A distance of roughly  20,000 km. The long path to New Zealand  would be 7 to 8 hops in theory. The signal departs in daylight,  traverses the complete darkness side of the Earth, and descends into the light again  (long path).

Signal that bounces alonge the ionosphere

Chordal hop propagation is a propagation mode involving the daylight F2 layer and night time F layer. At daytime there are two upper layers in the ionosphere, the F1-layer at ± 150-200km and the F2 layer at 250-400km. Shortly after sunset these two layers merge into the F layer and split up again into F1 and F2 layer at sunrise. During night time the F layer loses it’s ionization density, and it’s ability to reflect signals back to Earth. But sometimes the F-layer is just dense enough to reflect the signal back, but with a less steep angle, causing the signal to be directed to another part of the ionosphere thousands of km’s ahead, not touching the ground.  Here is a picture that I have drawn to visualize.

With chordal hop propagation you have less attenuation due to the fact the signals does not reflect against Earth’s surface. In this occasion the signal that uses long path propagation arrives at the other station with  less attenuation, thus with a (better ) signal than by the short path. One Funny thing is that a station at night time, like imaginary station PY4FTL in Rio de Janeiro in Brazil, has signals travelling far above through the ionosphere, but he cannot receive them!

There are also scientist that believe that chordal hop could be the result of signals that travel between the F2 or F layer and a sporadic-E layer. One more theory is that a signals travels within the F2 or F layer in a kind of duct for thousand of km’s.

Finally, you see the sunlight / darkness situation in the map during the period of best reception:

NL – NZ: TX and RX site just or still in sunlight  (important for take off by F2 layer(TX)  and RX to land).  Link: see picture here 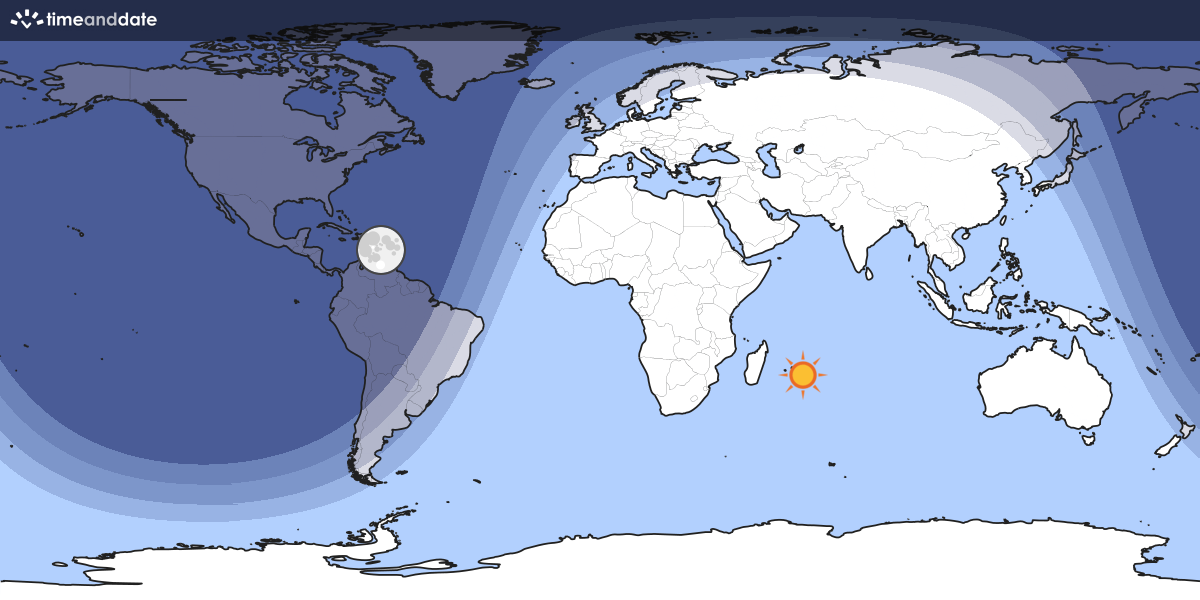